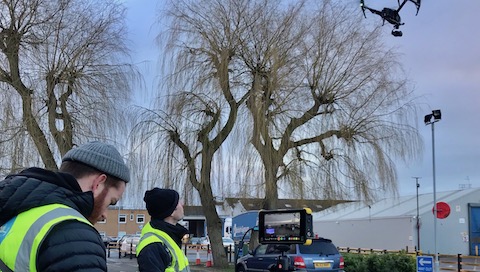 Aerial filming with the use of an Unmanned Aerial Vehicle (UAV), or drone as it is more commonly known, has been on the increase for the last two to three years. Drone can turn a standard promotional video into a cinematic experience of Hollywood proportions! It’s an absolute game changer and Zeddy Productions have grasped it with both hands (or should we say propellers?). 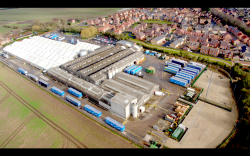 We have recently been on location with Artex Ltd, filming a corporate video showcasing their new haulage fleet and distribution centre in the East Midlands. What a perfect excuse to grab the remote and send up the drone to capture the lorries manoeuvring perfectly around the loading bays.

What it takes to be an Aerial Specialist

Now, although the aerial specialists at Zeddy Productions make it look easy, there has to be some serious expertise involved with drone flying. It’s not as simple as buying a drone and off you go. The equipment has to be top notch, which means paying top dollar, and the licensing laws are thorough, sometimes complicated, and costly.

Once you source the equipment and license, it takes hours and hours of flying practise before you can even attempt to film with it. Once you’ve mastered the flying, its then more hours to learn the best shots and speeds with the camera attached.

The most cinematic shots will come from flying the drone at a controlled, slow speed. It reduces the chances of bumpy shots and gives a sleek appearance that could easily be mistaken as being filmed using a helicopter. Using two axes of movement at the same time, eg. backwards and downwards add to the overall cinematic look of the film.

Finally, those “trick shots” that just blow your mind are always awesome to try and capture. They are not for the faint hearted aerial specialist though. Imagine standing on the ground and guiding £60,000 of equipment through a window, or over a waterfall? GULP! See why I said it take hours and hours of practise? Best to hire someone to do it for you…..