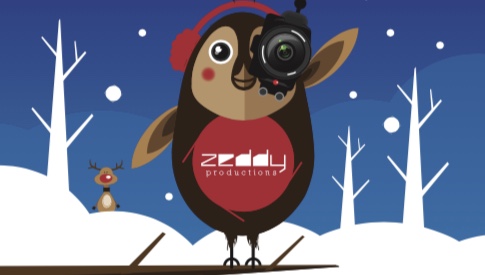 It’s that time of year again. The office is decorated, the cards are written and we’re wrapping up the Christmas edits (see what I did there?).

We’ve been looking back over the jobs from 2018, Zeddy’s busiest year to date, and realised what a fantastic, diverse range of people and businesses we are lucky enough to work with.

We started the year with a trip over to Majorca for an amazing, glossy shoot for a high end textiles company. It was hard work filming in the glorious sunshine, no really, it was!

Through the summer we travelled the length & breadth of the UK, literally covering England, Ireland, Scotland, Wales & back again for amazing outdoor pursuits films. The team were climbing cliff faces, squirming through caves and tunnels and waist deep in the sea. There’s nothing the Zeddy team won’t attempt in the name of getting the perfect shot!. We took the aerial team with us to these shoots as well, which made for some incredible scenic and action shots.

At the end of the summer came the Peter Pan panto shoot for Nottingham Theatre Royal. The panto shoot is always one of Zeddy’s absolute highlights. This year we did a “First Dates” style shoot with John Challis (Hook) and Joe Pasquale (Smee) which was hilarious.The team are such fun to work with and we get to be a bit silly.

Into the autumn we were thrown into awards season with not one, but two awards shoots being filmed back to back over six weeks. It was definitely the busiest time of the year, with all hands on deck, we absolutely loved it.

Then, towards the back end of the year, we thought things would quieten down, but we’ve been lucky enough to have shoots being scheduled right up to Christmas.

We are so grateful to all of the wonderful customers that we have had the pleasure of working for throughout 2018. Whether it was a one-off, or we see you every week. We enjoy every second, so from the whole team at Zeddy productions, we’d like to say thank you and….