The Magic of Green Screen 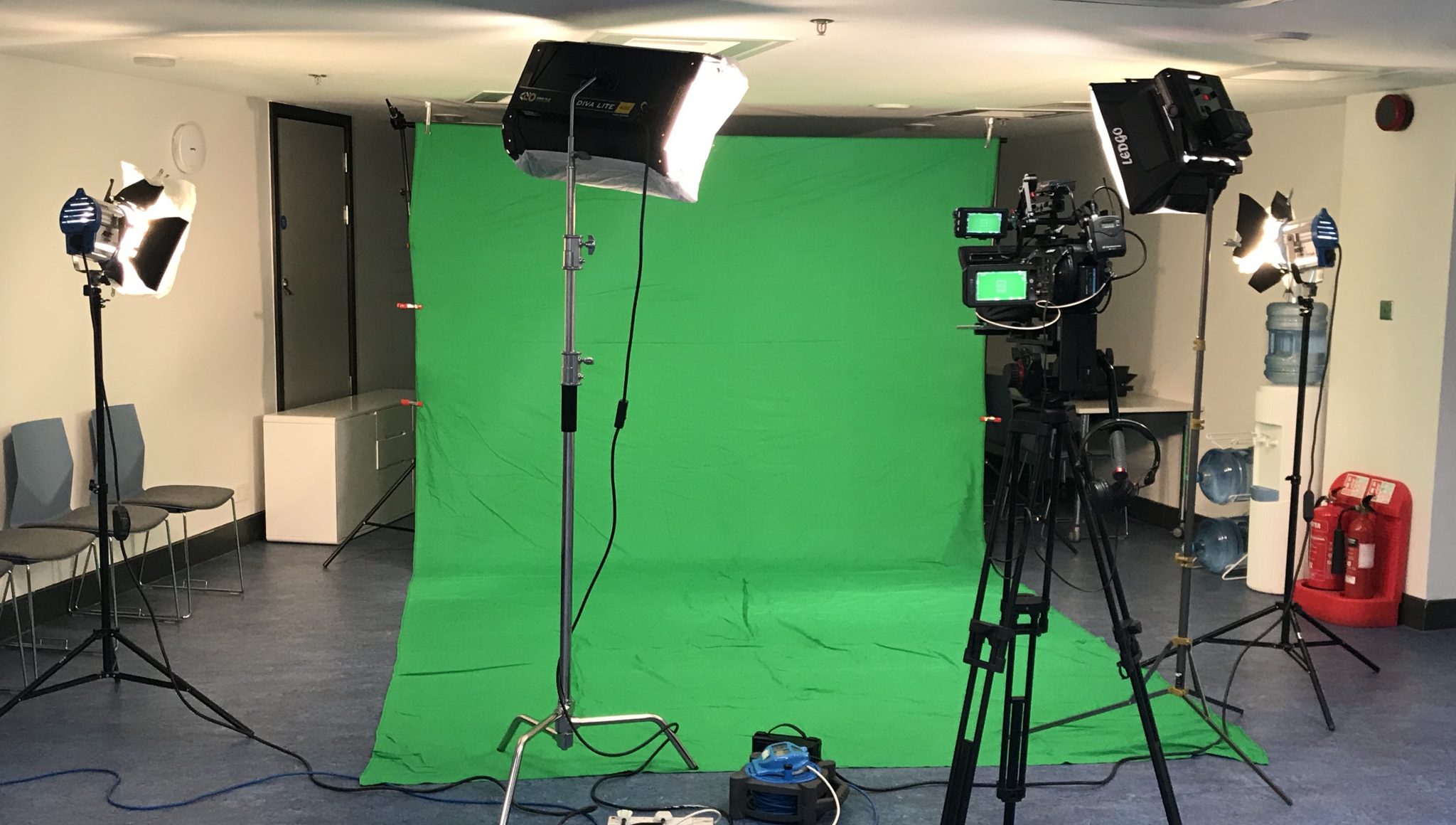 This month we have been on location at Theatre Royal and Royal Concert Hall, Nottingham, filming promos for the 2019 pantomime, Cinderella. We had such a great day working with the fabulous team at the Theatre, and course, the stars of the show; Les Dennis and Connor McIntyre as the Ugly Sisters, Gareth Gates as Prince Charming and Richard Cadell with Sooty, as Buttons and friend.

With the magic of green screen we were able to bring the pantomime to life without stepping foot on the stage – Sshh, don’t tell anyone!

The use of green screen began at the turn of the 20th century, and is also known as Chroma Key Compositing or Chroma Keying.

It is a visual effect that actually comes into play during post production, allowing any background to be displayed behind the subject, from snow covered mountains, to an explosion.

The colour of the screen doesn’t always have to be green. Green is most widely used because there is no fear of it matching a person’s skin or hair colour.

Setting up the green screen to maximise its size can take a while, especially when the leading characters, the ugly sisters, are tall men (yes, they’re really men you know?), with huge wigs, and high heels! For this shoot we actually asked them remove their shoes, as we knew they weren’t going to be in shot, and that made life a bit easier, but still, the green screen was standing at around seven feet high and eight feet wide.

As well as the screen itself, we have to make sure we are set up with suitable lighting. This should be lighting the screen behind the actors, rather than the actors themselves, to avoid shadows being cast on the screen. The lights should be stand lights with barn doors and gels as these are the most effective at softening the light for a more natural look.

The actor should be positioned as far forward of the screen itself as possible, but allowing them to be fully in shot. 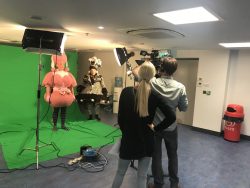 Once the filming is finished, we can basically do anything we want to the background in post production. For this video we have added the Cinderella clock effect, and you would never know that the actors are actually just standing in front of a giant piece of fabric!