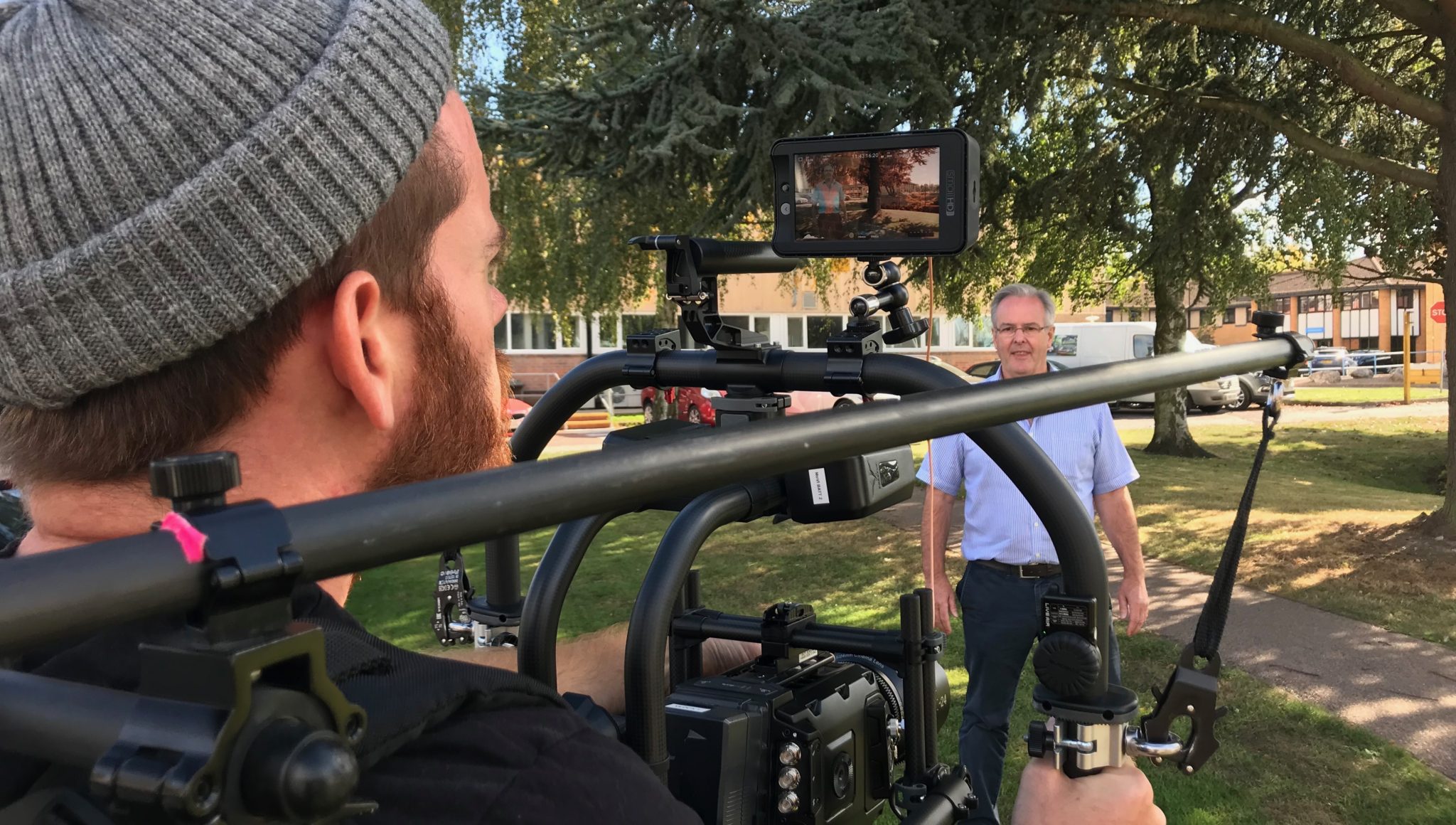 Hands up if you’ve seen the iconic “steps” scene in Rocky?, or Danny cycling his go-kart around the halls of the Overlook Hotel in The Shining? Rocky, 1976 and The Shining, 1980 are two of the earliest cinematic examples of the use of camera stabilising equipment, Steadicam, to raise the production value of a big screen motion picture.

What is Stabilising Equipment?

Most people are used to filming home videos handheld, usually with a phone. Occasionally they might get technical and break out the tripod. But shooting a tracking shot handheld would just result in a wobbly, shaky shot that looks poor quality, think Blair Witch Project. It’s virtually impossible to film tracking shots handheld. Using a tripod is all well and good if you’re filming something moving through a shot, but again, it’s not going to give you the real-life action or movement.

In the 1960’s a “Dolly” (a camera on a railed platform) and crane mounted cameras were introduced to film sets, which paved the way for moving shots to be captured, and it was in the early 1970’s when the American cinematographer, Garrett Brown came up with the idea of mounting a camera within a frame to allow free, stabilised movement to capture steady, shake-free shots. His invention, known as the Steadicam, became one of the most invaluable production tools in the industry. 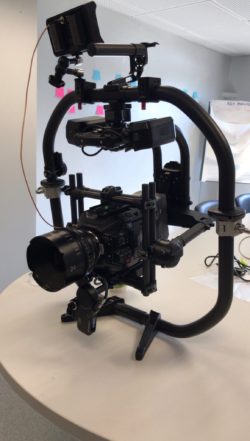 Stabilising equipment comes in several parts; The camera itself sits within a “sled”, attached to an articulated arm which is then fastened to a vest worn by the camera operator. By keeping the camera away from the body, it reduces involuntary movement and allows the camera to float within the frame.

Stabilising equipment is an absolute game changer when it comes to improving the quality of a video. It gives the shots a glossy, cinematic feel and even if you’re on a tight budget, paying that bit extra for top quality tracking shots, can change the whole look of the shoot and make it look like you’ve spend far more than you have.

There are very few shoots that don’t benefit from stabiliser equipment, but if you’re unsure whether you need it for your shoot, the team at Zeddy Productions can advise you of the best equipment, to ensure you achieve the look you’re after.